A strange visitor from beyond time and space, this yithian has explored Golarion by swapping its mind with those of other people while it rests in stasis in the forgotten city of Neruzavin. Kaklatath is unable to transfer his mind back to his own body.

This old woman looks frail. She is malnourished, and her joints ache from age and a lifetime of forced labor. However, what lies behind the visage of the frail old woman is a being of great power and intelligence.

A yithian ambassador named Kaklatath, whose body was held in stasis after it and others of its kind fough back a group of flying polyps in the lost city of Neruzavin, now inhabis this Keleshite woman’s body and is unable to return to his own body.

Long ago in the Age of Serpents, Kaklatath helped repel the flying polyps, and it has spent the intervening millenia exploring parts of Golarion through the eyes and bodies of thousands of people. Although it hasn’t physically left Neruzavin since arriving on Golarion, Kaklatath has a good idea of where the forgotten city is located from its many mind-swapped wanderings over the years. Over time, Kaklatath began to spend more time in an individual body than it did when it first started exploring this world, preferring to build up experience before subjecting another being to its mind swap ability. In the past couple of years, it came to settle in the body of Elari, an old Keleshite slae woman. However, when the yithian sensed something stirring once again in Neruzavin, it tried to return to its own body – only to find itself blocked. They yithian’s body, last left in stasis underneath Neruzavin, cannot be reached. and still contains the mind of Elari within it.

It is uncertain how Kaklatath was able to contact the PCs mentally after their memories were restored, but Kaklatath has been sending psychic images and visages from its imprisonment since that time and asking for their help.

In the end, Kaklatath reached out to allies of the PCs to come and rescue it from its enslavement by Biting Lash and to take it to meet the PCs once they emerged from the Mysterium. 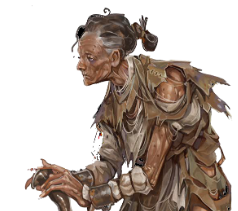