As an abandoned city that was never intended to accommodate mortal needs, Neruzavin lacks anything resembling a conventional economy. As a result, the PCs have almost no means to sell unwanted treasure or purchase new gear. There is one avenue open to them: Hoshbagh, an otyugh scavenger with a penchant for magic.

Thanks to her innate immunity to disease, Hoshbagh has managed to survive in the city for more than a decade, following one of her first attempts to activate a magic text—a scroll of teleport that deposited her here, far from her sewer haunts beneath Cassomir.

Ever since, she has sustained herself on what little food is available. In her constant hunting, she has uncovered dozens of treasures, including gear from misguided adventurers and even the preserved tools from the original Ninshaburian expedition.

Hoshbagh is far different from any other otyugh the PCs may have met or heard from. She is friendly and well-spoken. She misses life in Cassomir and would one day like to return. 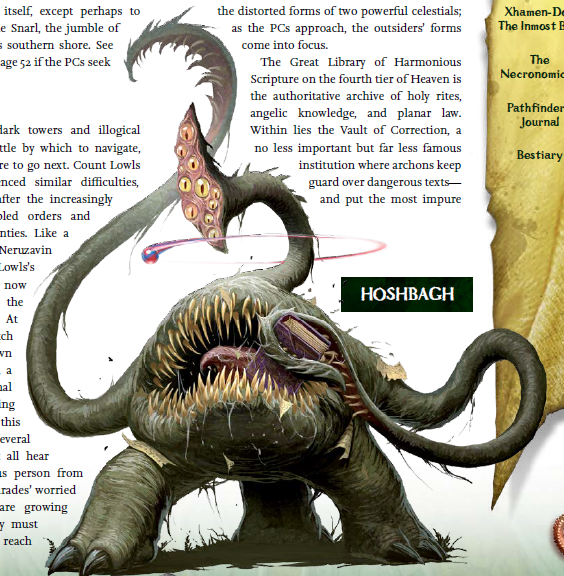